SEE UNFILTERED REVIEWS OF STIX FROM THE PROS & VERIFIED CUSTOMERS

"So, whether you’re looking for a set of clubs to get into the game, you’re taking your game more seriously, or you’re happy being a casual golfer but want to upgrade to a higher-quality, better-looking set of clubs, Stix checks every single one of those boxes." "After my pleasant experience with their complete box set, I can certainly see the appeal. Golf is supposed to be fun. Sure, it can be expensive to have the most recent club technology and the flashy clubs, but it doesn’t have to be."

"Whether you're just learning or an experienced weekend golfer, these thoughtfully crafted clubs should help you score lower and smile wider. For $900, these are an absolute steal, with quality that rivals premium sets and a silky-smooth modern style that will leave the country club old-timers gossiping."

The look and feel really good however I injured my back prior to using them. Stix has be very accommodating in processing the return of my purchase.

Received the driver as a gift for my birthday so I can get into golfing. Went to the driving range only a few times and it’s already dented…

I am by no means any good at golfing as I have only been out a few times. So this club might not be the best for beginners that will constantly hit bad shots.

A bit disappointed because the club felt and looked amazing brand new. 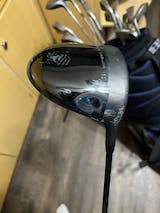 The clubs are absolutely worth the money. The only reason this is not a 5 star is due to its crappy shipping and handling of the product. Expect scratches and things in your set, it makes you upset having spent the money however it doesn’t take away from the performance I suppose. Please do yourself a favor and get a set of head covers immediately for your woods, driver and putter because they don’t come with anything.

My friend have 2-4,000 sets of clubs I’m keeping up and beating some with this set sincerely enjoy it! Have to get the ole slice down with the driver which is my own fault then we’ll be good!

The 7 iron has some black paint/finish flaws. All the other clubs are ok. 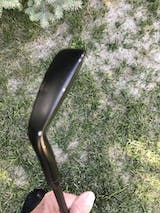 The golf bag and head covers are very nice and it makes things much easier and more cost efficient that that all come together but they are just a bag and head covers, no frills. But if you’re looking for simplistic style then this is it for you. I for one, love my set

This towel is amazing! The material, the magnet, the logo, it's so slick! The only downside is the weak snap-on button that you attach to your golf bag. Easily fixable with a pair of pliers. Stix does it again!!

I had been looking for a few month at the clubs and got the 14 pice set. Let me start by saying this is my first set I got fitted for me as im over 6 feet tall. Get fitted before you buy them, it's a game changer. If your a tall guy/girl this is the best price you will find for custom clubs that play like pro. I got the silver wish I went with the black. I have used them for one season the driver is as good as advertised. The bag they sell is what you would expect could be a tad bigger for the 14 p set but they do fit well in the bag. Overall very happy with the set. I would recommend this set to anyone looking for a new set.

Great glove, tight fitting comfortable. Super thin only down side for me is I wish wrist area was more adjustable other than that I think it's a great glove

The softest most comfortable glove I have ever used. Highly recommend!

On a routine shot my 5 iron snapped on the 2nd day of use before the first 18 holes I played with it. Unhappy to say the least.

After reading reviews about this company I thought they would be a good intermediate set but after immediately unboxing them they were scratched up a little, which wasn’t a huge deal, but the the driver dented the first time I used it. The head of the 5 wood broke off with minimal contact on the ground after the third use. I would highly recommend looking into other brands for the price. 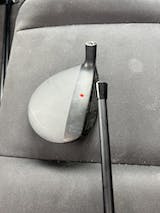 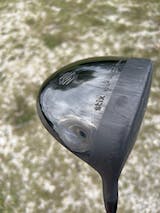 Now I have to buy another one in a different color! My golf game is horrendous, but I dress as if I'm a 6-time Masters Champion. This hat is light and stylish and will pair perfectly with my new 14-piece set. Will be buying a back up immediately, this white one will likely get dirty quick.

When I first saw the ad for these clubs, I was skeptical because I had never heard of the brand. After a few days, I put in my order for the clubs. They did take a bit longer than I expected for the clubs to arrive. When you spend over $1000 on a set, you should be offered expedited shipping. I was very impressed when I unpackaged the clubs. The all black looked amazing and as far as I could tell, they were not damaged during transport. When I took them out to the driving range, after hitting about 100 balls, I noticed the black coating chipping off the clubs. I had a couple different seasoned golfers try my driver, and they stated they did not like the feel of it. After playing some rounds, I had an issue with the head of my driver and reached out to Stix. They were very nice and provided me with a replace club after sending them a few photos. The issue for me was the club took forever to arrive. I had to play a few rounds without a driver. The only thing great about the clubs is when you first get them and they look great in the bag. Once you start using it, the coating comes off and the clubs look cheap. For paying over $1000 and not getting a bag or covers, I would expect much better quality clubs. I am now stuck with this set I cannot return because I am past the 30 day window and now have to come up with more money to buy something that will hold up better. I have an old Wilson set that I bought over 10 years ago for $300 and they show less wear and tear than the Stix clubs I have had for a few months now. If you do end up buying this set, make sure you get your irons in the Silver finish. Most people come up and ask me about my clubs and when they try a club and ask the price, they say you can get something better for the cost. I am disappointed because I really wanted to love these clubs.

Great set of clubs grips on them fit perfect on the hand. 56 wedge had great club head weight to impose great strikes.

I have been playing with my clubs about 3-4 times a week now, and I’ve noticed that the little black thing that connects to the driver head and shaft keeps popping off and I have to snap it back on. I don’t know if this means it’s broken or not but a concern for sure

I love the hat. Quality seems good and it’s simple but still good looking. Giving 4 stars because it’s a little loose and I got the small/medium. I think it needs more size options to choose from so you can get a more perfect fit.

It's been over a week now and no response from customer service. The head of my driver came flying off days after getting the clubs in the mail.

I’ve gone through 3 rounds of 18 holes on these clubs. I am very impressed to say the least. I have the standard size/flex and they feel/hit great. These clubs are a must for beginners and amateurs.

Used once at a simulator and getting great distance out of the clubs. Way better hits then drive then my friends $5000 set. Used at golf course once as well and so far so good. Holding up well and hopefully it stays that way even with some real bad hits.

Good solid clubs, they hit very well. The feel and the look is awesome. I will be trying the woods mext.....

Clubs are really nice, my driver broke but stix sent me a new driver right away. I’m very happy with the clubs and the company has great customer service

Unfortunately after hitting the Stix on multiple occasions I just was not getting the performance I was hoping for. I enjoyed the way they look, and generally they felt fine off the club face. However, when compared to my normal clubs these just didn’t stack up. I appreciate what Stix is trying to do by making sets affordable for people just getting into the game, but if you are an experienced golfer and a low to mid handicap look elsewhere. I will be returning the clubs next week.